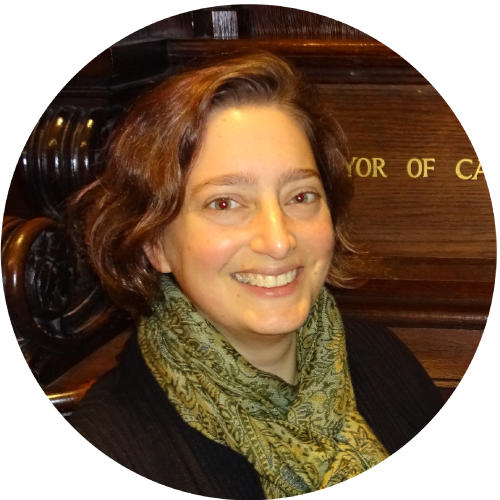 These days I’m mostly a university lecturer on translation and interpreting, rather than a practising translator or interpreter. I did some freelance translation work (IT>EN) in the past, and my favourite work was in academic subjects (art history, architecture, some literature). I also had a couple of liaison interpreting gigs, once for an Italian chef visiting the US (that was bizarre in many ways, but at the end they also gave me enough Parmesan cheese to last all year)! Now I teach translation theory and approaches to translation in general, as well as a course unit on literary translation. I also tutor students working from Italian and sometimes Spanish into English for all of the different types of practical translation that we teach at Manchester.

As much as I have a specialist translation field at this point, it’s academic literature. I remember some of my early freelance academic work, the project manager kept apologizing to me for how complicated the language was, and I kept explaining to her that this was actually what I’ve trained for years to be able to read and write! In academic terms, my interests are generally oriented around literary translation and the intersection of translation and book history.

In addition to working with modern languages, I’m also interested in medieval and early modern literature, and I wrote an article recently that used examples from medieval Celtic literatures, which are really fun to work with. I got to poke around digitized medieval manuscripts as well as looking at published texts. I’m particularly proud of that article because in addition to Old Irish and Middle Welsh literature, I managed to refer to the 1993 Sylvester Stallone film Demolition Man! (And it was relevant.)

Not so much a translator/interpreter, but I love working with students from around the world who are working with languages I don’t know. Because I see the essays that they write for my classes (obviously I don’t mark their translations!), I get to read all about the specific challenges and difficulties of particular language pairs, as well as learning about other literary traditions, business cultures, etc. I really like being in a workplace surrounded by people—students and colleagues—who speak other languages. It’s such a rich environment.

I also love all the new places that this job takes me. I know that my students will eventually need to specialize more than they do now, but in their training with us, we encourage them to look around and try lots of different things. As a result, I also end up looking around a lot and learning new things in order to be able to support the students; in recent years, I’ve learned about TIG welding and furniture finishes, exercise bicycle construction, immigration law, waste management, GMOs…

So many places! And in the middle of Covid-19, I feel like anywhere-but-here is interesting! Two summers ago I got to go to Hong Kong for a conference, which was really exciting. It’s the third trip I’ve taken to a place where not only do I not know the local language (or one of them), I’m also essentially illiterate (I’d been to Taiwan many years ago and Egypt in 2015). I’m fascinated by that experience as both a social and linguistic one. Even with support in the form of local friends or colleagues, multilingual or even just transliterated signs, and the prevalence of English language skills, particularly in tourist areas, this kind of experience really brings home to me the role of language and reading in my life, as well as the importance of social contact and goodwill.

I would love to get back to doing a bit of academic translating and English-language editing at some point. I’ve finally got a visa status that would allow me to do that, but things are a bit busy around the university at the moment, so this probably isn’t the right moment. Beyond that, I’ve been wanting to study Arabic for years, and I keep planning to attend some of my colleagues’ lectures…

I was the U.S.A. Collegiate Fencing Club national champion for women’s sabre in 2003.