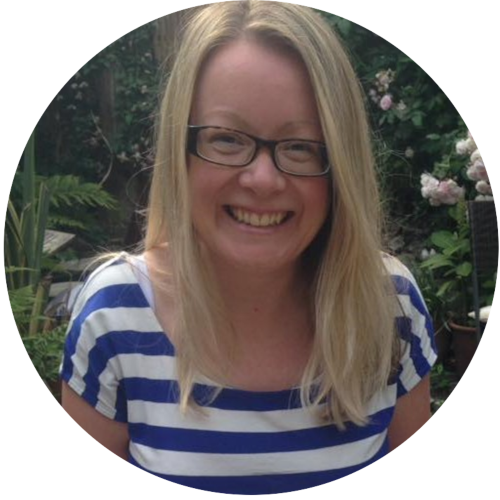 I work as a translator, translating from Spanish and French into English.

Like many who start out, I didn’t know what I wanted to specialise in! I’ve focused on advertising and marketing texts, including transcreation as I love the creativity that’s involved, business/legal (contracts) and human rights/international development, given I used to work in a law enforcement department of the Home Office.

I’ve worked on such a wide variety of texts that it’s quite hard to remember! I was once given a slogan in Spanish for a doll that was being specifically targeted at 4-5-year olds yet needed to appeal to a broad English-speaking audience, including non-native speakers. The original phrase was only 4 words and I was asked to transcreate it, giving several alternatives and my explanation for each. As I don’t have children myself, I asked the opinions of friends who work as primary school teachers and/or who have children of their own, just to check I wasn’t way off the mark! It made me appreciate how much more you have to consider when marketing a product and how language can be so powerful.

I don’t believe I’ve ever worked as hard in my life as when I did an internship in a translation agency based in Barcelona! I applied for it through the ‘European Master’s in Translation Network’ and was there for 7 months in total. I worked long intensive hours but have that internship to thank for enabling me to learn how to use MemoQ while on the job. I’ve not looked back since as that agency is still one of my main clients today.

As a career changer, I’ve loved getting back to something I always enjoyed throughout my education – communicating in a foreign language. I remember picking up leaflets for the CIOL and ITI in high school many moons ago and first learning about what translators do, thinking “I want to do that!” and here I am now. Despite the many challenges with being self-employed, I also love being my own boss, deciding what hours I work and when I can take time off. My former job was very strict with shifts and holidays, so it’s been refreshing to feel like I have time for life away from work too.

I’ve been lucky to live in a range of places so it’s hard to answer that. I studied in Metz, France and Granada, Andalucía during my bachelor’s degree, so you’ll probably still find a piece of my heart in the Generalife gardens at the Alhambra palace. I once did voluntary work in Costa Rica for 6 months – a place where I realised (when catching eggs being laid by a Leatherback turtle while being bitten to death by sand-flies) that I’m more of an armchair conservationist than a full-on eco warrior. I was lucky enough to be posted to Mexico City, Guangzhou and Istanbul during my time at the Home Office, so you’ll probably find pieces of my heart in each of those places for different reasons too!

I’m a little ashamed to say that I’ve yet to join the ITI despite being in my fourth year of translation but I’m in the process of my application at the moment. I’ve been a CIOL member since my Master’s course. I’d also like to attend a conference in the translation field if I can this year, and also create my own website.

I once appeared on the BBC’s Saturday Kitchen as one of the chef’s table guests and enjoyed sampling my beloved TV chef’s (James Martin) food first-hand, as well as meeting the Hairy Bikers! I still get teased by my friends for being one of his biggest fans, not least because I actually gave him a Christmas present to say thank you for being on the show, which included my phone number inside. I’m still waiting for my call from him…