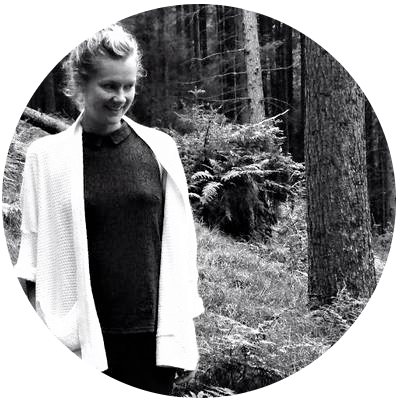 We will publicise a member profile every Monday here on our website, on our Facebook page, on Twitter @NWTN_UK and on LinkedIn. We are starting off with the committee members, but we hope you will all join us in this opportunity to share a little about yourself with your fellow NWTN members.

I live in Old Trafford, Manchester, and work from home. I very much enjoy my setting as I have a dedicated room for my office, overlooking the garden, and I am able to take breaks walking the dog in the local park for that occasional, but much needed, bit of fresh air.

I am a translator, from English into French.

As part of a collaborative project with the We Are Willow collective from Manchester, I translated 4 unreleased songs by them from English into French. My translations were then passed on to French language students, whose native language was English, who were given the task of translating my French lyrics back into English. The aim was to observe what had changed during the process and how much more personal and original translation can be when given the creative freedom it sometimes requires.

The project is still ongoing, with 4 French artists and bands recording the French versions of the songs (which is particularly exciting for me!), and 8 visual artists interpreting the French and English songs into visual art including painting, sculpture and performance.

Beyond the personal satisfaction of watching my translations become original works of art, it has been very exciting to be part of this enterprise due to the sheer number of participants and skills involved – quite a contrast to the usual loneliness of the freelance translator’s life!

In 2018 I had the great pleasure of translating two poems by Simon Armitage for a project commissioned by 14-18 NOW, the UK’s official arts programme for the First World War centenary, and La Mission du Centenaire. Entitled ‘Traces of the Great War’ (Traces de la grande guerre), this anthology contained the works of 42 comic art authors and writers and was led by the directors of the Lakes International Festival in Kendal, and the French On a Marché sur la Bulle festival, based in Amiens.

Translating poetry is a challenging task for obvious reasons, but one that I found immensely rewarding. It gave me a (much too rare) opportunity to reach into my inner poet, and to continue honing my skills as a literary translator.

Tell us 2 reasons why you like being a translator/interpreter:

First and foremost, I love research! Even when translating a well-known subject, there is still a chance you might learn something new.

Second, I love languages. I started learning English when I was 7, I studied Italian and Breton in high school and took up Spanish when I moved to Manchester. Although English is the only second language I speak well enough to translate from, I enjoy finding common points between our many languages and learning more about etymology and linguistics.

I am a keen traveller and in 2007, I used a Eurorail ticket to travel from Paris to Nuremberg, Copenhagen, Bucharest, Budapest and Berlin (in that order). I slept on the train and visited friends and family in these various places. I couldn’t pick out one as being more interesting than the other, but the train journey itself certainly was! I met people from all over Europe, discussed politics with Romanian conductors, discovered the Transylvanian landscape in the company of Irish and Australian backpackers, and, between Sweden and Germany, witnessed the technical prowess of a train boarding a ferry!

I am a fan of the outdoors and a keen gardener, and I am extremely concerned about the current climate crisis. I would like to further my knowledge of these fields using online training such as MOOC and those provided by the UN, for example.

I can say “Loreal, because I’m worth it” in 6 different languages. Surprisingly, it has come handy on several occasions, mainly to break the ice while on holiday abroad!