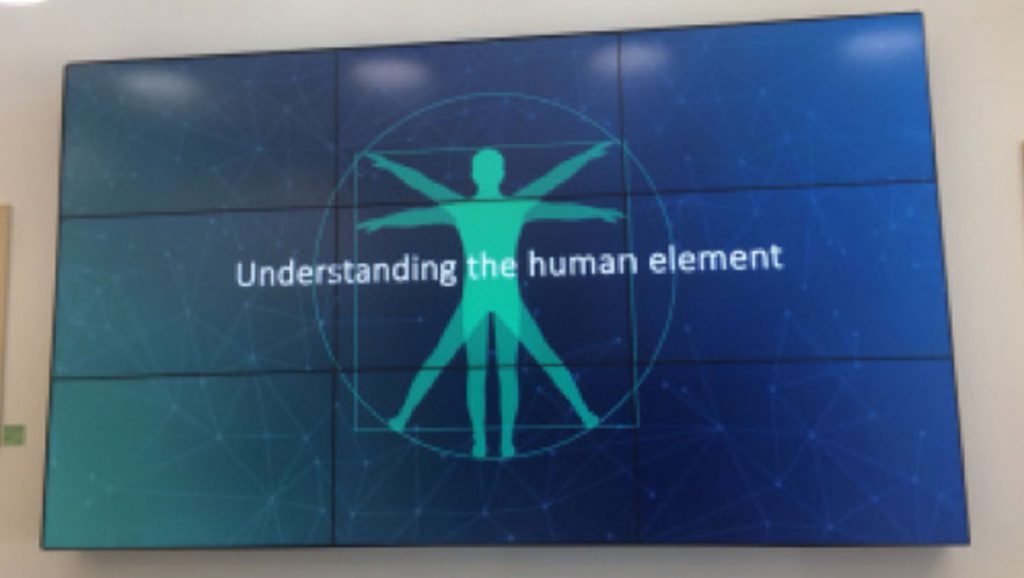 At the end of June, I and a few other members of the focus group that had met back in March were invited back to SDL’s HQ in Maidenhead for a preview of Trados Studio 2019, due out any time now. The keenly awaited new version has been in the beta testing phase for some time now and they are just putting the finishing touches to the product before releasing in the very near future. But should you upgrade? That is what we were there to find out.

We were a relatively small group, a few fairly experienced users, myself included, and a couple of beginners – and we were asked for our honest feedback on the latest edition. They even recorded our reactions, so apologies if you see our mugshots on a small screen in the next few months….

So, what’s new? At first glance, this doesn’t seem to be as big a change as Studio 2017 with all its technological milestones like Uplift, Fragment recall, Fuzzy repair, and Adaptive MT (if you use it). My own personal favourite is merging over segments, which makes it so much easier to cope with pdfs and those dratted hard returns which stubbornly remain, no matter how much you try to tidy up file conversions beforehand. This time, the brief appears to have been to put the emphasis on simplicity over added functionality.  The focus is on user experience – or UX as the Trados whizzkids like to call it – and making sure that even beginners can get going as smoothly as possibly.

This takes the form of new features like Guidance on Demand, with a welcome tour and tips, no matter where you are in the program. There’s even a Tips screen which you can have permanently on view for easy reference. Help will predominantly take the form of videos rather than text, and these videos will be interactive so you can stop them at any point and click on anything you don’t understand to be taken to another explanation. I can see that this may well make things easier for beginners, who can be frankly overwhelmed by the wealth of options on offer in such a comprehensive program. Equally, care needs to be taken to avoid over-dependence on videos, as they aren’t everyone’s cup of tea! I personally would much rather read an explanation, so I can go straight to the points I need, rather than having to wade through a whole video. I doubt I’m alone in that, BUT it’s a great step forward to have more hand-holding during the early learning process. I was reassured too that the videos will have hot spots so you can go straight to the area in which you need guidance.

Another very neat new feature is the Tell Me box in the ribbon at the top of the screen, not unlike the similar Tell Me box in Word. Here you can type in anything you’re trying to do and Trados will take you directly to the relevant place to make the changes/adapt the setting you need. For example, you could type in Colours Excel to find out how to exclude certain coloured cells from an Excel file if you only need to translate certain cells, or PowerPoint notes to exclude/include notes from a PowerPoint file. Otherwise, even experienced users may have to do a Google search to remember how to make some elusive change you don’t use very often – usually File > Options and then a wealth of different choices, i.e. lots of clicks and hunting! I had a case in point a few weeks ago where for some reason the target text was very faint and I really struggled to read it, especially in the segment I was working on when it’s highlighted in blue anyway. I ended up checking online, and then tracked down the setting I needed via File > Options > Editor > Font Adaptation > and used the slide bar to adjust the text color contrast. Quite a bit of time and effort needed, to say nothing of the number of clicks – and that’s for a relatively experienced user. Beginners really wouldn’t know where to start! With the new Tell me feature, you could just type in ‘Adapt font contrast’ in the box and it would take you to the relevant page – a huge saving in time and effort.

SDL have also sought to simplify the project creation process. The relative newbies in the focus group said they rarely use projects, even though they can be invaluable for saving different TMs, termbases and settings for individual clients – and are really worth getting to grips with. The new wizard uses a metro map view at the top to show you where you are in the project creation process – and allows you to set up a project in one page as a very simplified process if that’s all you want to do. The only slight issue I had with this was that there is still not enough emphasis on file location. This really needs to be highlighted in BOLD so that people are aware where their files are being saved. It’s far too easy to accept Trados’ default file location, often the previous project you were working on, with the upshot that beginners especially can’t find their files afterwards. In fact, I would say that’s one of the most common problems I hear about – where are my files ?! Having had the same problem when I first started out with Trados 7 or so years ago, I know exactly where they’re coming from. This could be addressed relatively easily by highlighting the file location box and actually asking whether this is where you want the file saving. As it is, it’s a fairly insignificant box on the screen and checked by default. Our presenters for the day did say they would pass this feedback on in the final development stages, but it remains to be seen whether this will have been addressed – I do hope so!

Another relatively small, but extremely useful new feature is the ability to add and edit files at the click of a button. At the moment, it is quite a complicated process to add files to a project or modify files once they’re in a project, say if a client sends you an updated version. Once again, it seems to involve a lot of clicks and faffing about, and I often end up setting up a whole new project with the updated/new file. Now, it should be possible to add a new file or update an existing file at the touch of a button – and perform a batch task to analyse the new file/s. Like merging over segments in 2017, I suspect this may seem a relatively small change, but one that will be much appreciated by frequent users.

Other changes included lots of QA upgrades, but these seemed mainly geared to LSPs/agencies sending out projects in lots of languages, with the ability to specify different QA settings for each language – not something your average freelancer is going to need. TM management has also been simplified and making changes is now much more straightforward.

All in all, steps in the right direction, very much focusing on making the program easier to use, especially for beginners, and cutting down on the number of clicks required to reach a certain point. Clicks are time, and time is money, after all – to say nothing of the frustration when you can’t find what you need! For beginners and people early on in their Trados journey, I think this is definitely worth having – and experienced users will enjoy the time-saving benefits of Tell Me and the Add/Edit file functionality too.

Will I be upgrading? Well, I’m lucky enough to have been promised an upgrade in return for my focus group contributions, so I shall certainly be experimenting. My one major concern is that it won’t be compatible with my (old) version of Dragon (12.5). I’ve already had to uninstall SR1 for Studio 2017, as it slowed down Dragon to an unbearable extent. That said, I’m finding it increasingly annoying that this particular version of Dragon won’t work with the latest version of Adobe. If I ever want to open a pdf file, I have to be sure to close down Dragon first, or it stops working – and the only way to restore it is to reboot the computer – a complete pain! I may well decide to take the plunge and upgrade Dragon, although I’ve been resisting because I’m told it isn’t as compatible with Studio as my existing version, which lets me dictate Trados commands as well as text. Decisions, decisions….

« Guest blog by Lloyd Bingham: How to survive the Language Show
Some notes from Heidi’s travel blog: Feeding The Vegans »